Skip to main content
May 17, 2017
“All they need is support”
The event of LGBT took place in Soshanguve Block NN. It was all about Lesbians Gays Bisexuals and Transgender making them feel special and welcomed. This event was formed by Kgomotso Nyalunga who is the founder of the LGBT organization which was established in 2008
.
Kgomotso Nyalunga was always fond of children especially isolated ones. The organization of LGBT’s started when there was a kid who used to come to Kgomotso for advice saying “At home I am forced to wear a skirt and they force me to go to church. “This took me to a corner to start this organization, because I am a Christian who aims to help people,” said Kgomotso.
Kgomotso Nyalunga during her speech mentioned that this is about motivation; helping to handle rejection as some of them are more open to her than their parents, “I help them by all means for them to discover themselves, to have self-esteem and raising awareness to their parents who play a big role to them. Kgomotso says she walks with them through the journey as they are growing and others turning into a puberty stage, also as taking them to career expositions and  being there for their educational support.

Lesego Mashifane one of the LGBT members mentioned that “Kgomotso is our mother we are grateful for her and we love her so much she is always there for us whenever we need her, she is just great plus we are young and exposed to a lot of things out there things like alcohol and drugs. So at least this organisation keeps us being from playing on streets.

A guest speaker was also part of the event, which he is an inspiration to a lot of LGBT members.  Ofentse Mothape is a gay personality, founder of Mawisa entertainment and MC; he was invited to be a guest speaker at the event. Ofentse Mothape told the LGBT members that they should come out whenever they feel like the time is right, especially in situations where by they have to tell people that they are different, as for being gays and lesbians. He also told the LGBT members that it is never easy; they should talk to someone who they trust and say “I am different and I need help or need to be accepted.


The LGBT members during the event portrayed various talents as some were making poems, gumboots dance and singing.

Popular posts from this blog

Diary of a mad black woman
Helen is a woman that each and every husband would need, Imagine after 18 years of marriage suddenly being kicked out of the house by your own husband. The worst thing is that the man Charles McCarter had everything: a big house, money, a lot of cars and he made Helen to abandon her mother to take her to an old age instead. However Helen took time to heal her broken heart.

The movie THE DIARY OF A MAD BLACK WOMAN was released on February 25 2005 the director’s name is Darren Grant. This movie is all about love, betrayal, revenge, karma, self-introspection and how God can work over his miracle. The main actors are Helen (Kimberly Elise), Charles McCarter (Steve Harris), Madea, Joe, Brian (Tyler Perry), Brenda (Lisa Marcus), Orlando (Shemar Moore), Myrtie (Cicely Tyson) and Debra (Tamara Tyler). The rating is 16% of votes and it runs 1hour 65 minutes wait until you actually see Madea who is actually crazy 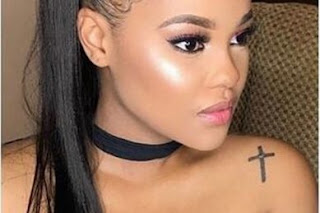 The incident of the late Karabo Mokoena has brought so much controversy in the country. She was killed and burned by her boyfriend; this made so many people furious especially in the social media site. This trended for almost 3 days before she was buried. Her friends started the movement of “#MenareTrash’’ on twitter and it even went on Facebook causing some debate.
So many people showed support more especially girls, but other hooligans ‘boys’ were taking this as a joke defending this issue of men are trash. This is all because it covers the whole range of men; the movement of men are trash it shows support, on what Karabo’s boyfriend did.It is wrong and people should be aware of such incident. Boys on the social media, tried to defend this issue saying why did they not do any trend as woman are trash with the saga of Senzo Meyiwa, when he was killed by his girlfriend. Honestly we cannot compare the two incidents, with the issue of Senzo Meyiwa it is differen…
Read more